Bringing Music to the World

If someone told the 14 year-old me that I would be the first to make an edition available to the world, I don't know how I would have reacted, probably surprised. I've had my milestones, completing the Tchaikovsky Cello Concerto, arranging the Rite of String for 8 cellos, and arranging the Sibelius Violin Concerto for cello. ...still waiting to hear someone play Stravinsky and Sibelius.

One of the most life-changing compositions I heard as a teenager was Saint-Saens's Suite, Op. 16 for cello and orchestra. I bought the CD of Maria Kliegel playing the work at my then favorite music store Harmony House Classical. I actually bought that recording because I wanted to hear someone play Saint-Saens's 2nd concerto, which was written on a grand (piano) staff. But I fell in love with the Suite's Gavotte and Tarantella.

So as any 14 year-old would do, I took out my Luck Music Library chamber music catalog and proceeded to order the Master's Music edition of the Suite, Op. 16. To my disappointment, I did not find either the Gavotte or the Tarantella in the edition I received. I needed my parents' money back! At the time, there were no recordings of the original version for cello and piano, only with orchestra. I didn't have any way of hearing the Scherzo or the fugal Finale in the original piano version. I was eventually able to locate a copy of the orchestra version in a piano reduction through an inter-library loan.

Before I created my 100th anniversary critical edition of the Suite, the orchestra version only existed as a very expensive rental from one of the big publishers. I felt like this PUBLIC DOMAIN masterpiece needed to be available for a MUCH more affordable price. Through some key connections with different libraries, I was able to locate everything I needed to create a critical edition. My take on critical editions is not to claim that "this is the only way the composer would have wanted it," but to prepare a reasonable presentation of the work relying on as many reliable sources as possible.

As with Tchaikovsky, Stravinsky, Sibelius, and other editions I've created over the years, I am honored to present a new edition to the world, of a piece that changed my life over 20 years ago and became sort of a musical obsession. This edition contains the original Gavotte in the appendix, for those with a musicological bend. The Gavotte shows how the piece evolved after being on Saint-Saens's back burner for over half a century. The score is available for purchase here: https://www.sheetmusicplus.com/title/21389179 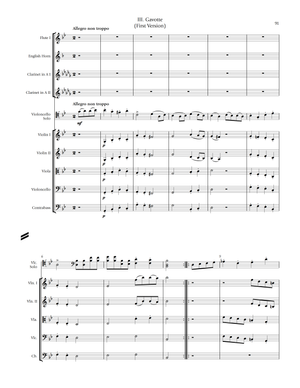 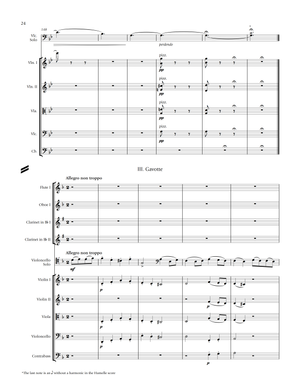