Opera fantasias were a way of life for musicians of the Romantic era. They grew out of the potpourri and variation genres of the late 1700s. Opera fantasias could be as simple as a medley of short themes, as with Vasa Laub's potpourris, or as intricate as Tchaikovsky's Romeo & Juliet and Hamlet Overture-Fantasias. Technically, many opera overtures from the Romantic era are also fantasias, as they use and develop themes from the opera that follows, as in the case of Glinka's Ruslan & Ludmila and Verdi's Nabucco.

Most of the fantasias that come down to us as standard repertoire lie somewhere in the middle. To avoid the simplicity of a medley, some composers added flashy, virtuosic aspects, like in Sarasate's Zigeunerweisen and Carmen Fantaisie, and Wieniawski's Faust. As a side note, pieces like Hungarian rhapsodies also belong to the fantasia genre, but they use a different style of music as their source. Some opera fantasias take the variation form, where they have an introduction, a set of variations on a single theme, and a coda. This is the case with Paganini's I Palpiti (based on Rossini's I Tancredi) and Variations on One Strings (based on the Preghiera from Rossini's Moses in Egypt). These variations get quite virtuosic with arpeggios, harmonics, and complex bow techniques.

Some composers joined forces to compose a fantasia. For example, Chopin and Franchomme composed the Grand Duo Concertant, based on Meyerbeer's Robert le Diable. Leonard and Servais composed the Grand Duo de Concert, based on God Save the King and Yankee Doodle. In the case of Chopin and Franchomme, the sections composed by the respective person is painfully obvious; the instruments go on playing their respective melodies for too long.

Servais was one of the more imaginative fantasia composers. His Fantaisie sur deux Airs Russes, Op. 13 (published 1854, composed earlier) uses the double variation form, meaning that the first theme gets its own set of variations, followed by a second theme that receives the same treatment, followed by a coda. Wieniawski wrote his Airs Russes, Op. 6, using one of the same melodies (Red Sarafan) as Servais.

One of the most interesting of Servais's fantasias is the Grande Fantaisie sur des motifs de l'Opéra le Barbier de Séville de Rossini, Op. 6. This fantasia is in 4 parts, resembling a mini sonata. As the title states, it uses Rossini's themes from the Barber of Seville. The opening theme, in B-flat major, is a fragmentation of the "buona sera" motif, which Servais expands into a lively polonaise. This polonaise is then interrupted by a B-flat minor theme borrowed from the Finale of Act 1: 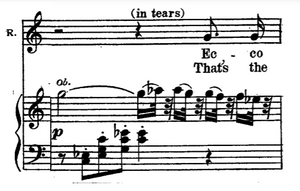 The "polonaise" resumes and moves toward a transition to section 2, which is also borrowed from the Finale of Act 1.

Section 2 is a set of two variations on "Buona sera" from Act 2. 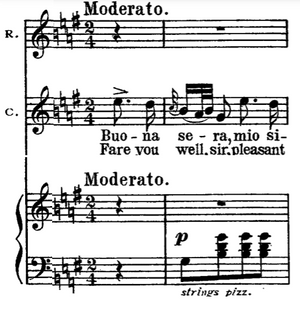 Section 3 is based on the Count's aria "Ecco, ridente il cielo" from Act 1. The cello first takes the virtuosic part of the winds, and then continues with the Count's Cavatina. Although the tempo never changes in the fantasia, a portion of the cabaletta "oh, Sorte," is also quoted.

A short cadenza leads to the Finale, based on "Bricconi, birbanti" from Act 2, followed by "La testa vi gira." 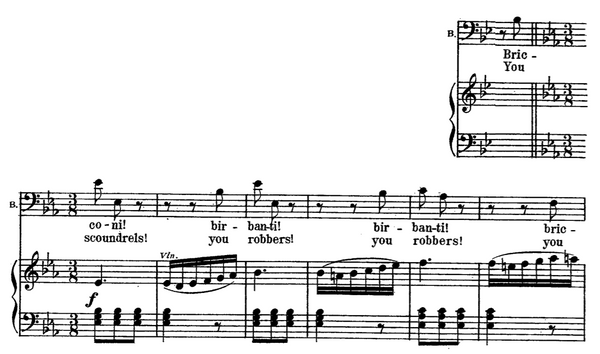 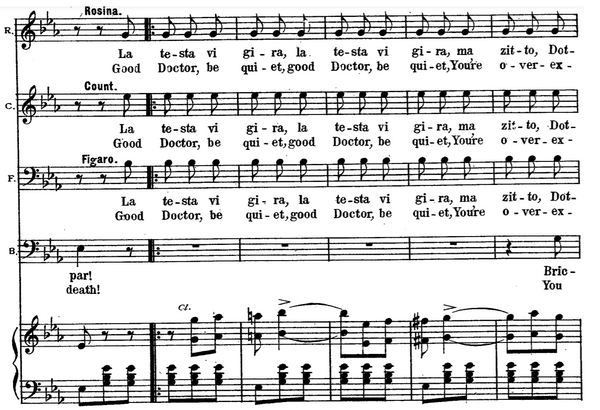 The Coda features the famous "Rossini crescendo" as the cello repeats a short octave passage.